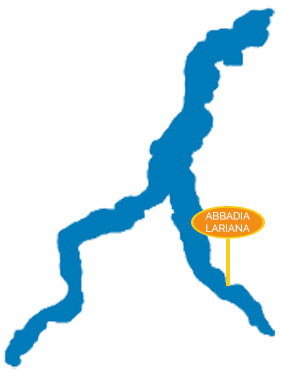 The beaches of Abbadia Lariana

The beaches offer open spaces as well as lounge areas where visitors can hire a sunbed and sun umbrella, not to mention sports activities (kayak hire and beach volleyball area).

This location offers stunning scenery with broad beaches gently sloping down to the clear water of the lake, almost white near the shore, changing to emerald green where it reflects the mountains.

This is somewhere you can simply enjoy yourself and relax. 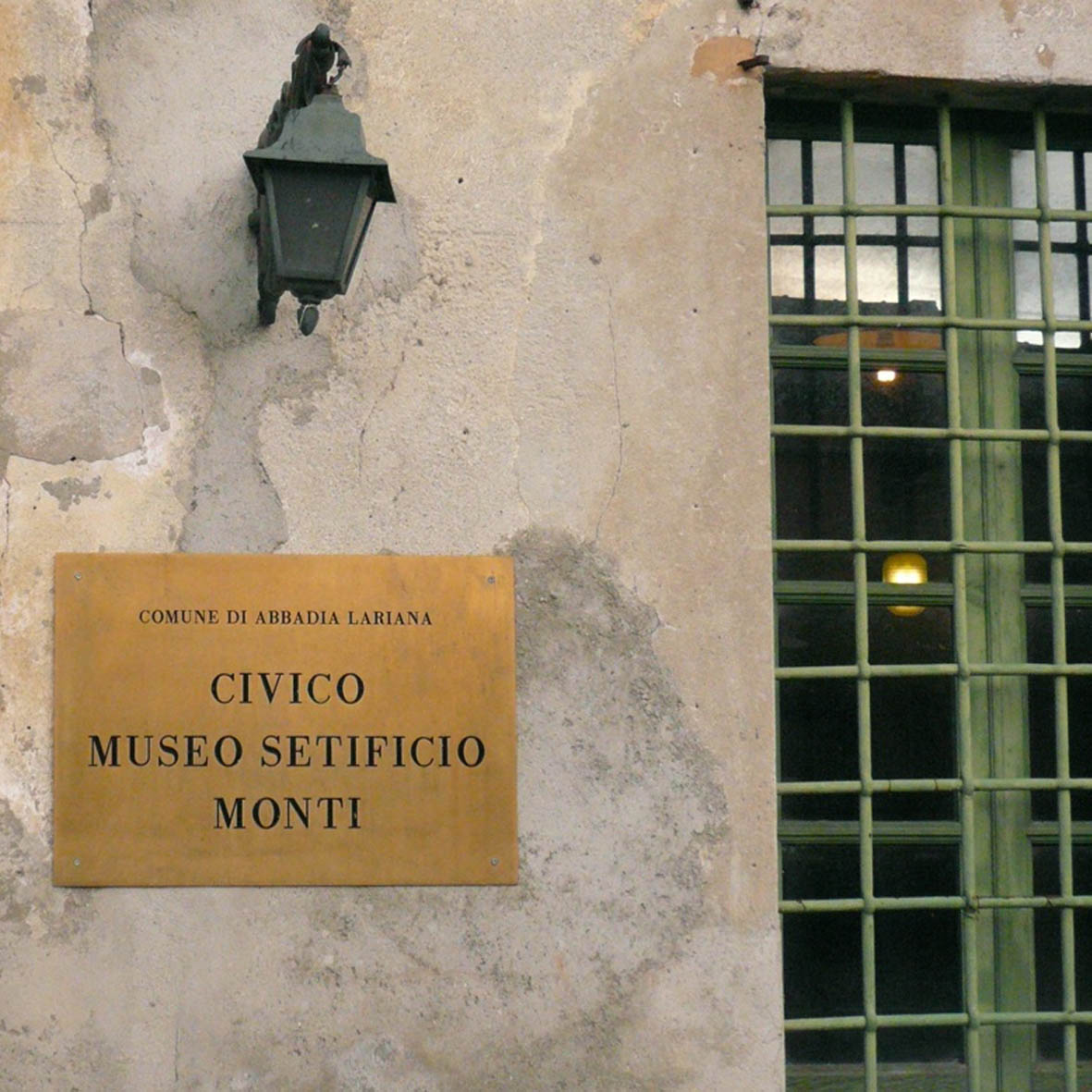 On the Lecco branch of Lake Como, in Abbadia Lariana, there is a factory for twisting silk, preserved as it was in the mid-nineteenth century and turned into a museum.

Preserved, restored and with the collection expanded with material from other silk mills which have long vanished, in 1998 it became the Monti Civic Silk Museum.

It contains one of the largest working silk twisting machines in Europe.

Get a taste of our content with this virtual tour, a project of the museum network Sistema Museale of the province of Lecco: 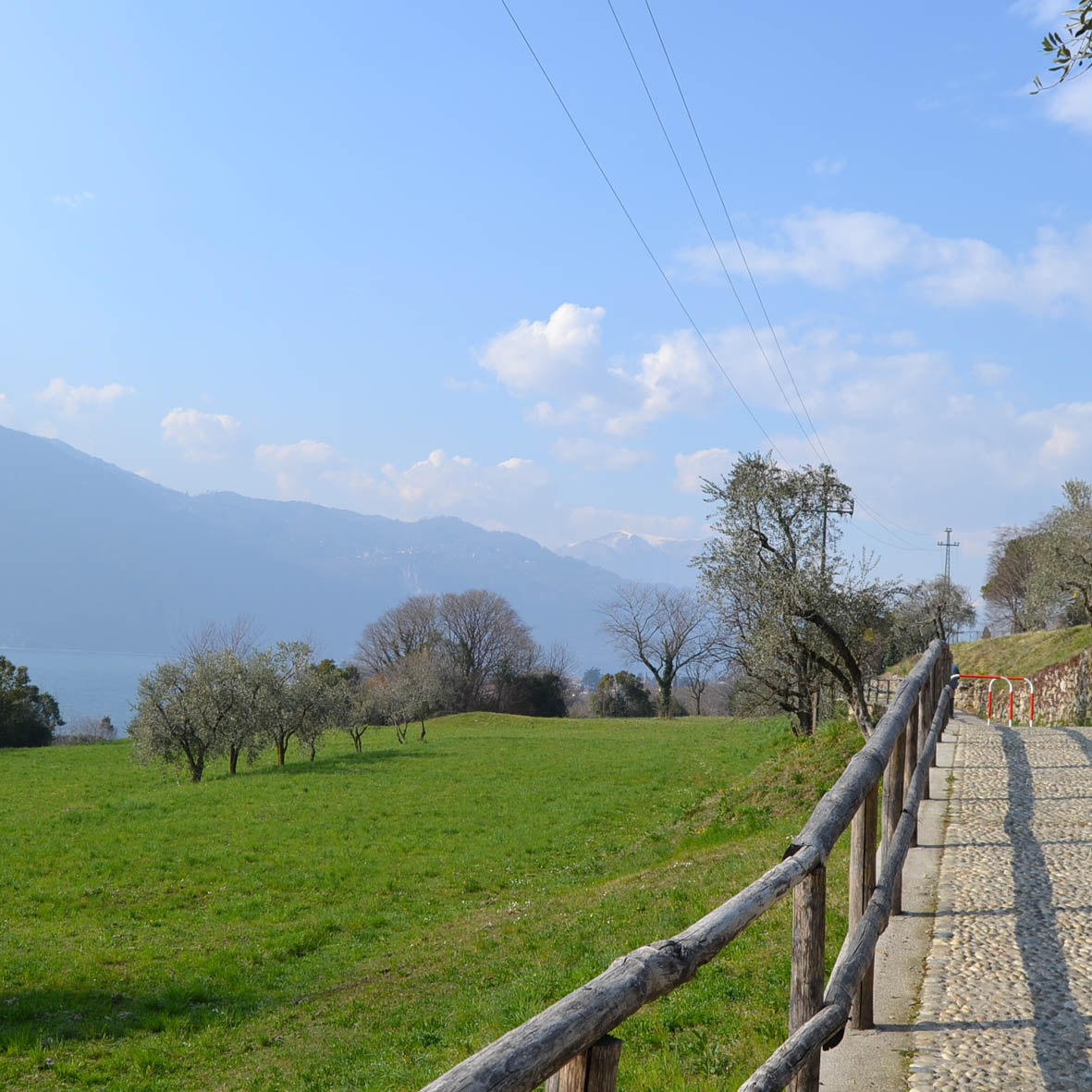 Take it easy, look around and reflect

Time: 3.5 hours (Abbadia to Lierna)
Difficulty: this hike is suited to all ages, a great idea for a family day out and a nature trail to discover the area. Spring and autumn are the best seasons to enjoy the magic of these places.

The Sentiero del Viandante is a hiking trail about 45 km in length along the eastern shore of Lake Como from Abbadia Lariana to Piantedo. In the past this walking trail served for communications and trade from one town to another. The Viandante is well signposted and can be divided into stages thanks to its frequent intersections with the Lecco-Colico railway line so that you can do one stage at a time and return to your point of departure by train. It is basically a long walk with short uphill stretches which take you to spectacular viewing points.
The first stage from Abbadia to Lierna is a perfect example of the beauties of this itinerary, full of geological and botanical curiosities not to mention points of cultural and artistic interest: there are testimonials to the religious faith of the local population such as the lovely medieval chapel of San Giorgio; medieval tower houses such as Barbarossa’s tower recall the defence system on Lake Como in days gone by; and then there is the patchwork of fields, vineyards, olive groves, farm buildings and hamlets perched on the slopes below the peaks of the Grigne mountain range. 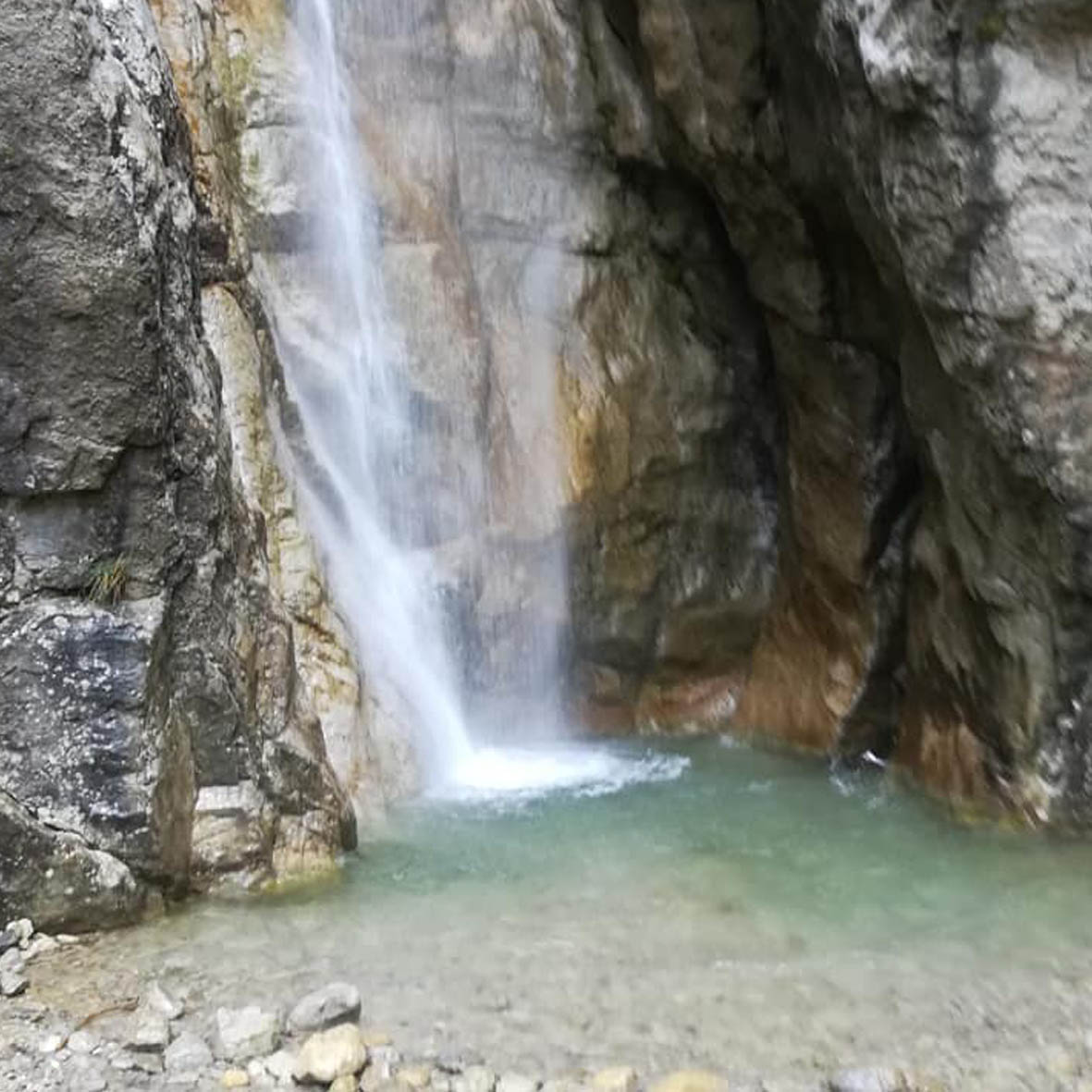 From the bowels of the earth

Time: 1:00 hour
Difficulty: this is an excursion for all ages, children included. The route is along a mule track and easy trail which requires little effort.

Along the way there are stunning views of the lake and gentle slopes with olive groves, orchards and vegetable gardens. As you climb the cobbled track, the noise of the plain fades into the distance as you are immersed in the silence of the woods.
In just a short time you come to the little hamlet of Calech famous for its broad meadow where it is worth stopping a moment to admire the view of the Grigna Meridionale and its striking ridge Cresta Segantini as well as the mountains on the Como side of the lake. The final stretch of the trail is steeper and rocky but after about a hundred metres you have arrived!
It is a spectacular scene with the deafening roar of the water plummeting 50 metres from above.
The imposing rocky walls carved by the water over the course of millennia create a primordial setting which makes us feel very small.
This place surrounded by natural wilderness is a hidden gem in the heart of the Grigna, an oasis of peace and silence. 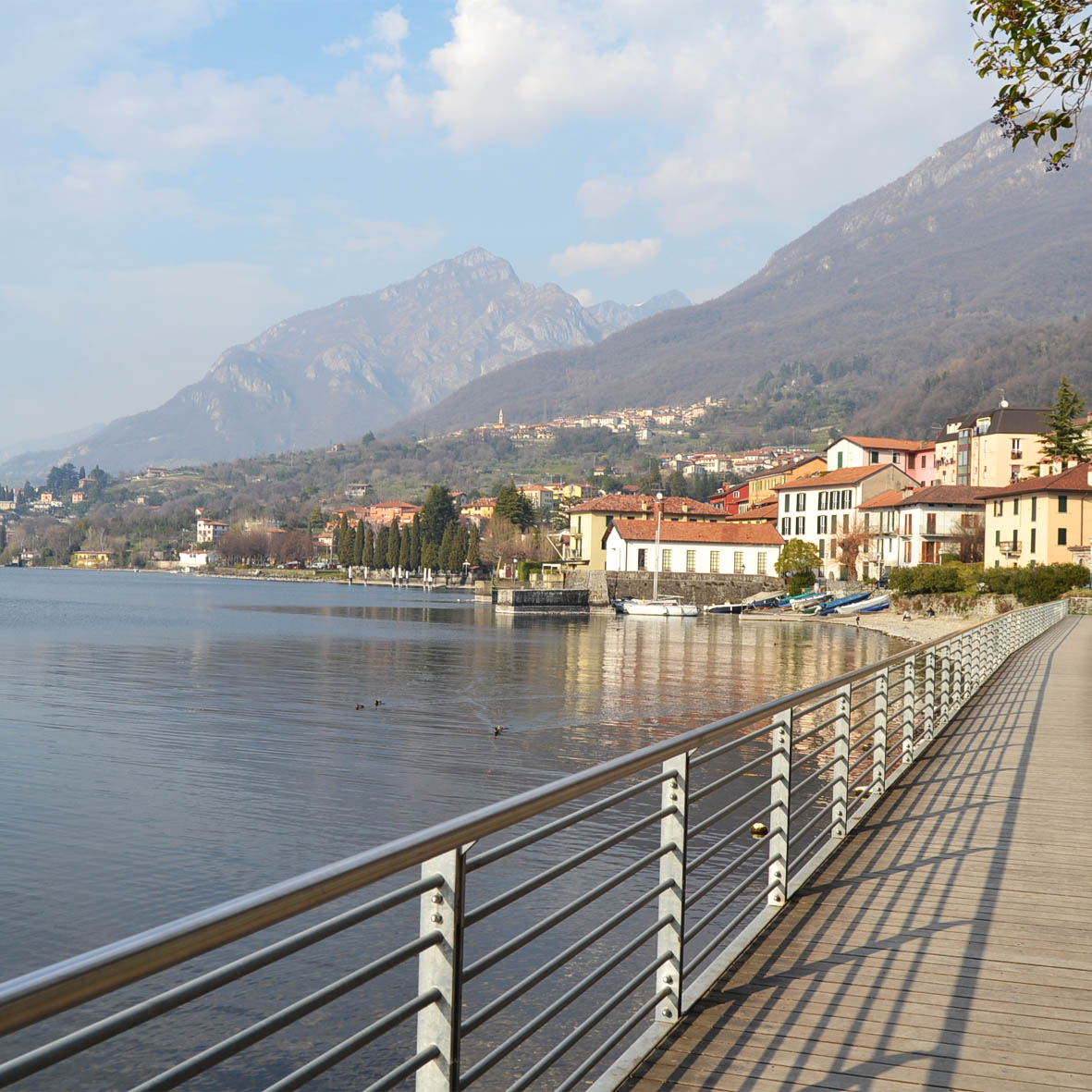 Down by the lake there is a promenade which runs along the shore for nearly 2 km. You can have a relaxing stroll at the water’s edge in stunning natural surroundings. 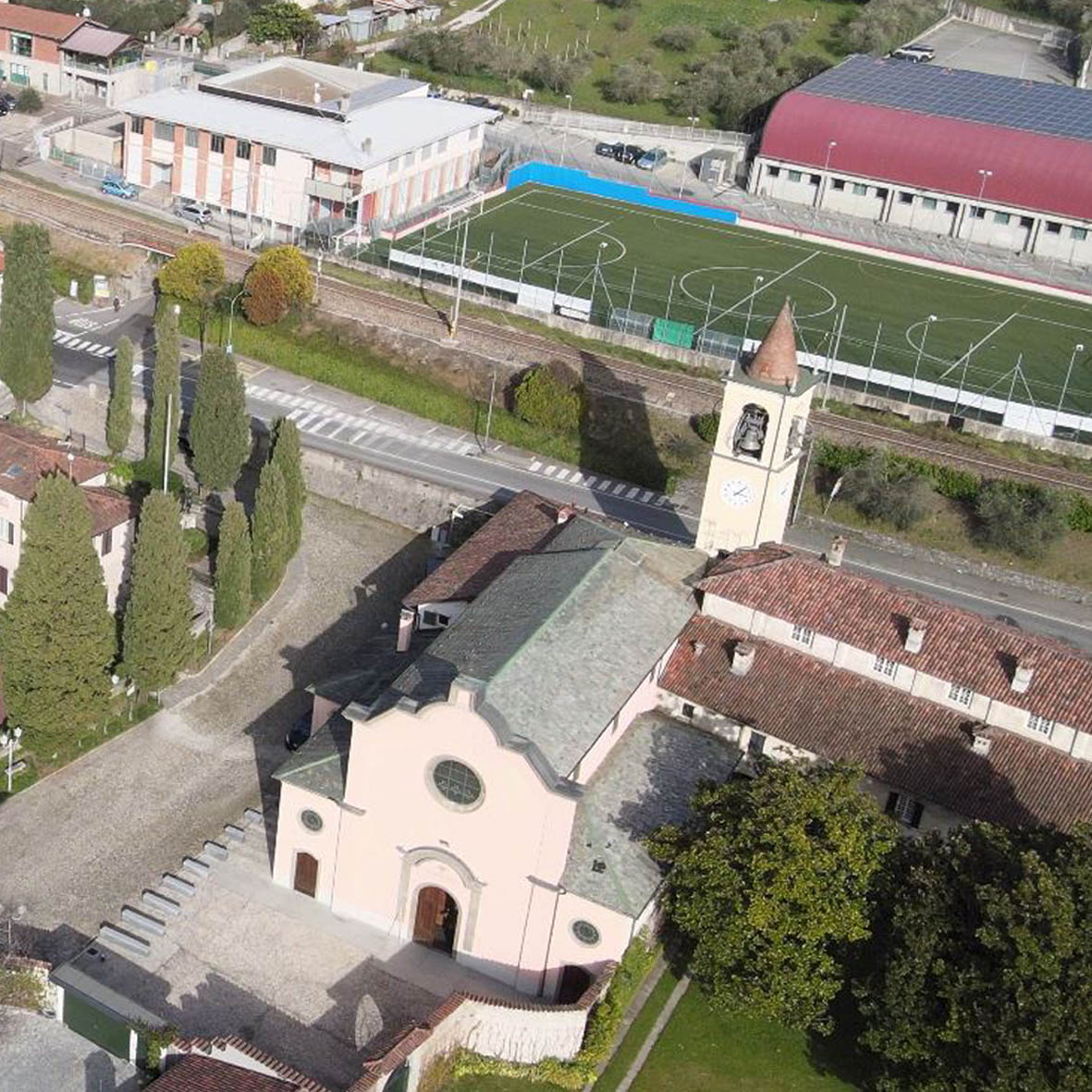 The church of San Lorenzo is situated in Abbadia Lariana, a stone’s throw from the waters of Lake Como. Built in the 13th century for the Servite Fathers, the small single nave church rose on the ruins of a previous Benedictine Abbey and was dedicated to Saints Vincent and Anastasio.

In the 18th century the church was renamed San Lorenzo, dedicated to Saint Lawrence, and in 1888 it was extended and completely renovated with the additon of two naves at the sides of the building, the walls were enlarged and the ceiling was raised. In 1915 the interior was frescoed by the painter Luigi Tagliaferri (1841-1927). In the centre of the vault, Tagliaferri painted a fresco of the martyr Saint Lawrence being carried by angels to Heaven. The pillars supporting the vault feature the twelve apostles and other lovely frescoes can be sen in the apse and above the organ.

The high altar, an exquisite wooden piece from the 17th century, is located in the chancel which is entirely paved in pink marble. At the sides of the altar there are two paintings by the artist Buzzoni of the life of Saint Lawrence. Of further interest are the two large paintings on either side of the entrance to the parish church depicting the devotion of Saint Augustine.

Recent restoration work was carried out on the ceiling and interior to ensure the conservation of this lovely building. Beside the church of San Lorenzo you can still see the Cloister of the ancient Benedictine Abbey and in the Chiesa Rotta (Broken Church) park you can see ruins of the early parish church dedicated to Saint Lawrence. 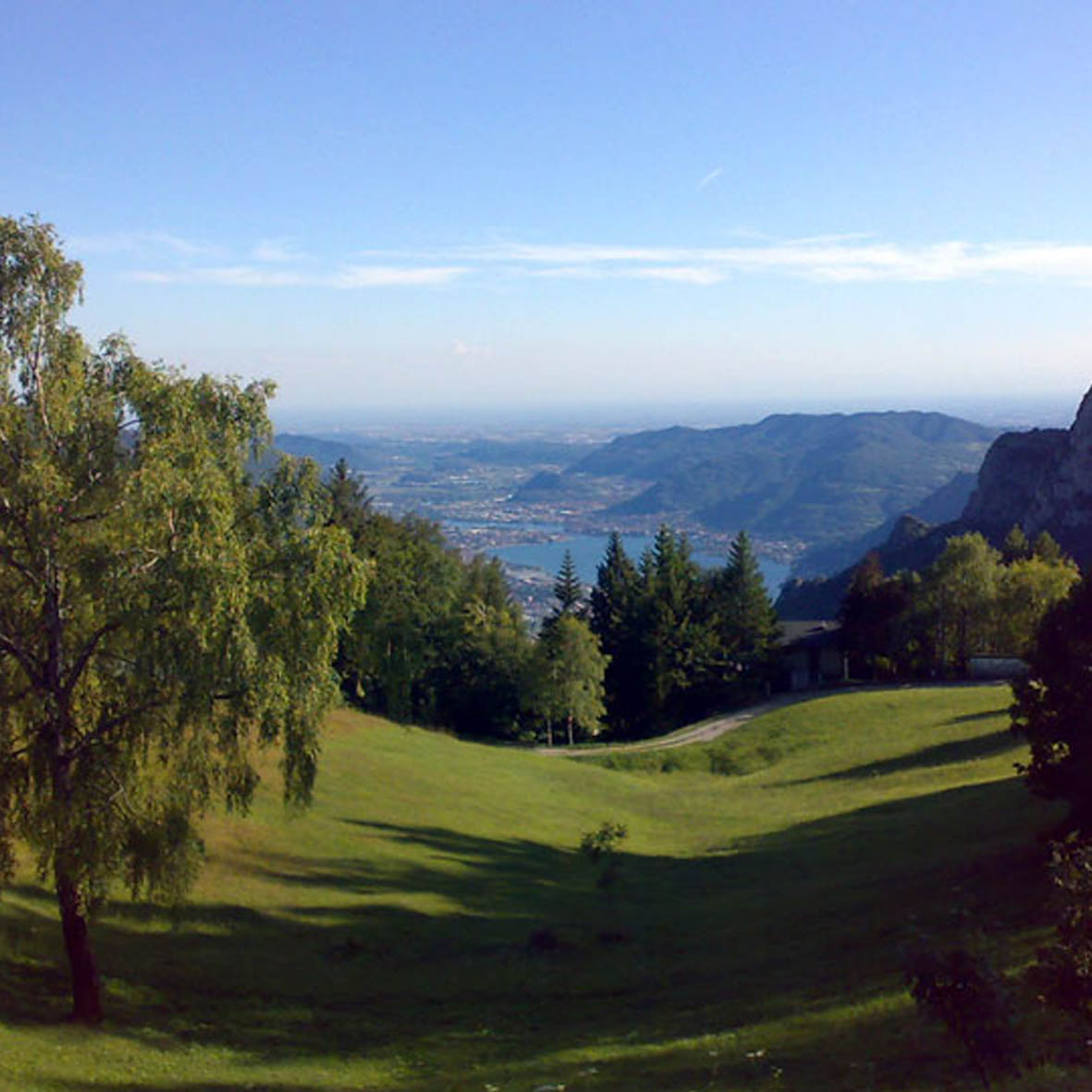 Piani Resinelli, situated in the Lombary Pre-Alps, is a plateau on a great col beneath the Grigne mountain range and extends across the municipalities of Abbadia, Madello del Lario, Ballabio and Lecco; this strategic position affords incomparable views which stretch from the Rhaetian Alps as far as Monte Rosa, towering above the plain below, the Lecco branch of Lake Como and the minor lakes of Alta Brianza. The Grigne Massif, stretching along the eastern side of Lake Como between Lecco and Bellano, can be accessed by a number of itineraries which start in Piani Resinelli; of great geographic, geological and scenic interest, not to mention a renowned climbing area, it can be considered one of the most important ranges within a short distance (about 60 km) of the city of Milan. Piani Resinelli is at a mean altitude of 1300 metres above sea level and is only a half an hour away from Lecco by car following directions for Valsassina via the town of Ballabio. 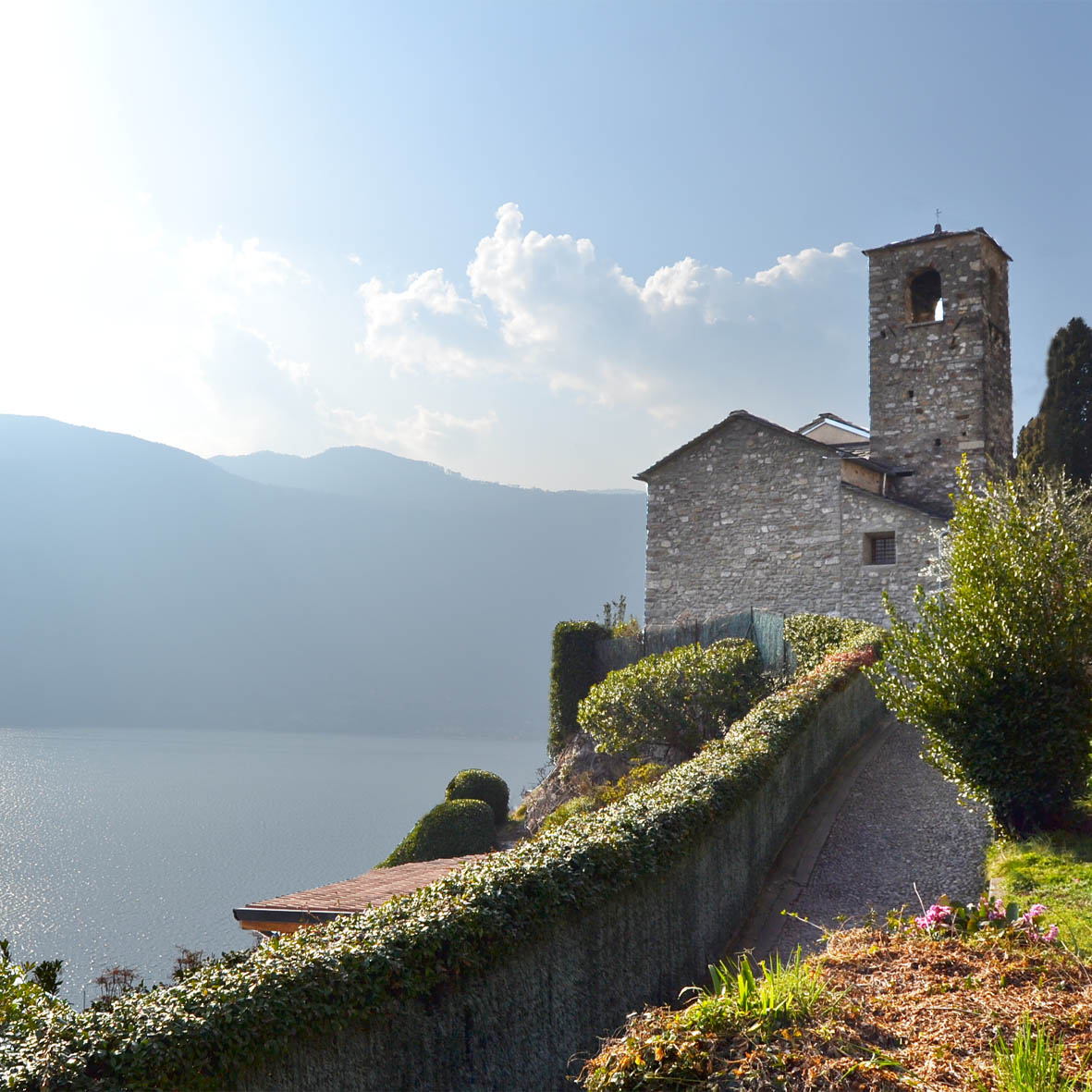 The little Church of San Giorgio (St. George), is on the Sentiero del Viandante trail.

It has ancient origins: San Giorgio was probably built in the Early Middle Ages. It has a gabled facade with beautiful exposed wooden trusses and the walls and lancet windows date back to the 13th century: the broad vaulted triumphal arch and the presbytery with its ribbed vault were additions of the early 15th century. The architecture is extremely plain, a common feature of medieval churches along the lake shore.

The interior is particularly enchanting for the rare cycle of frescoes, which covers most of the walls, the triumphal arch and the back of the presbytery, with Christ in the Last Judgment and Saints, Limbo, the Resurrection of the good; the Damned, around the huge king of hell. These frescoes are placed in the years 1475 – 1485. There are also busts of prophets and a Crucifixion and some panels with the Madonna enthroned with St. Bernardino, the saints Nicola Tolentino and Antonio abate, the saints Bernardo and Rocco, the primordial sin of Adam and Eve. 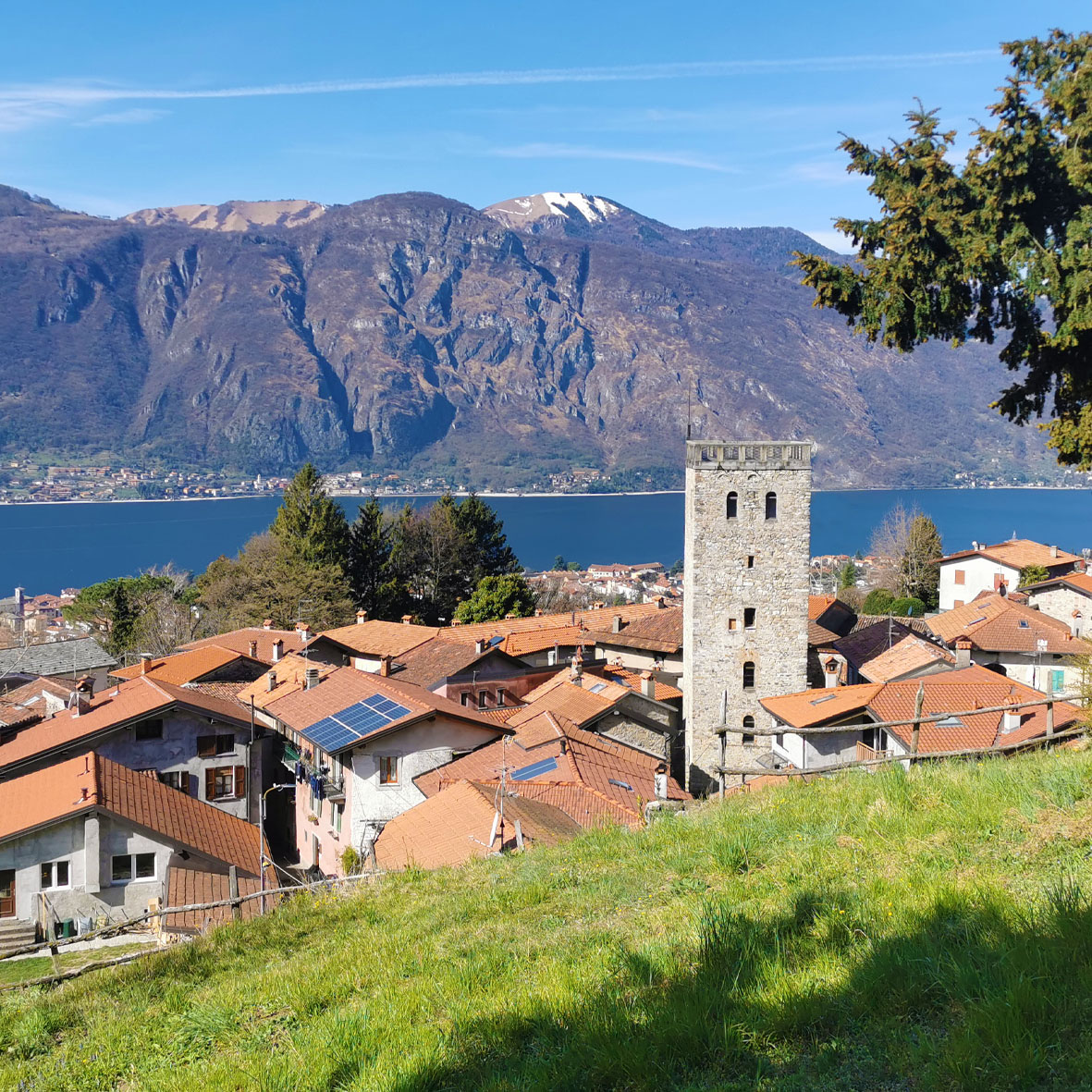 The Tower of Maggiana, known as “Barbarossa’s Tower” is one of the best conserved in the province of Lecco, located in a panoramic position in the village of Maggiana, part of the town of Mandello del Lario. The massive square building which overlooks the lake once controlled the Ducal Road along the lake shore and was in communication with all the fortifications along the eastern shore of Lake Como.

It was built in a strategic position towards the rich pastures and mines of the adjacent Val Meria and Piani Resinelli plateau. Although it has undergone renovation work on a number of occasions, the Tower dates back to the 12th century and was possibly commissioned by the lords of Mandello.

At the turn of the 19th century the tower was acquired by Francesco Alippi who carried out restoration work and added the rooftop terrace.

On 5th May 1828, a builder working on the first floor came across a granite plaque blackened by smoke engraved with these words: “Frideric-Imperat-German hic tutus quievit – Anno 1158” (Frederick German Emperor slept here in 1158) which explains how the tower got its name.

Tradition also has it that there was once a castle on the hillside just north of the village.